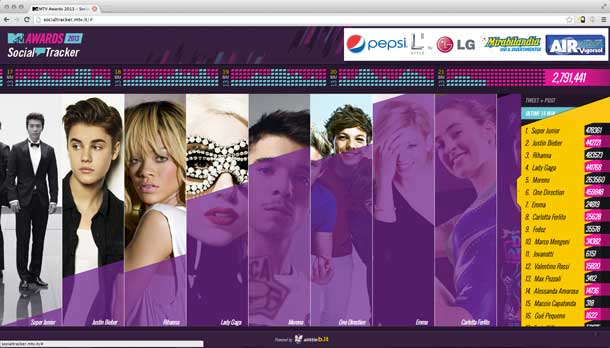 MTV Italia selected Alittleb.it as partner for developing the digital tools of the first edition of the MTV Awards 2013, the first Social Event by MTV Italia. Alittleb.it was the official technical partner of the event.

For the second step of the project, Alittleb.it designed and developed for MTV Italia an outstanding tool for counting the number of tweets received by 20 artists in real-time.

During all the event’s live coverage, MTV Awards’ host used Social Tracker to monitor the audience interest about the artists that were awarded.